Diamond in the back...

There's the old cliche of the mother admonishing her child for not finishing dinner, saying "There are people starving in Africa!"

But the truth is, we live in a land of plenty. We can see what is happening all over the world in real time. While piles of people are dying from drought, we have the luxury of running our water for a minute until it gets hot. We have the luxury of having a waiter take the remains of our expensive food and throw it away for us.

Just take the time to appreciate that. Be very careful of wasting food and water. Saving a scrap of food may not really help anyone immediately, but the awareness may in the long run. And don't mope because things are so bad in other parts of the world. If you are reading this, you are extremely lucky and probably are living a charmed life. The worst thing that you can do for those who are suffering is to not first feel joy that you may live so well! 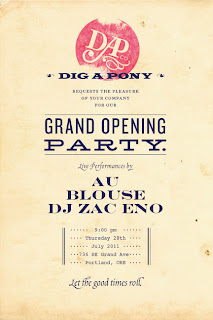 Dig A Pony opening party!
July 28th.
Free.
Everyone will be there.

THE BLAWG IS BACK!

Yes, AU has a blog. You probably didn't know that. Why? Because there are only two posts on it. From 2008.

The most recent post was from our first tour together (as the duo). So much has happened since then! We toured a bunch. We went to Europe three times! An EP, Versions was released in 2009. We met many wonderful people and it seemed that we did twice as much living as should fit into one and a half years.

Things have been quiet for a while. We've been holed up in Portland for far too long, but the rumblings begin again. We should be seeing many of your lovely faces out on the road in autumn of 2011, doing what we love, with a new album shortly thereafter.

So we're bringing this blog back to life, trying to reconnect with the world outside of our little garage workspace. So subscribe, check in, say hello!

For now, here is what a Calgary weekly had to say about one of our performances at their fine Sled Island Festival last week (w/ video!). They also liked us enough to include us in the best of Sled Island for this year! Much thanks to the folks at Sled Island for having us, and special thanks to Gill and Emilia for giving us a home while we were there. 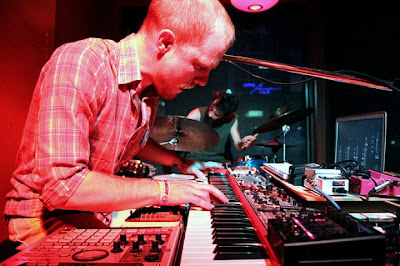 Had a wonderful trip with some incredible people. Primarily the crew seen below. 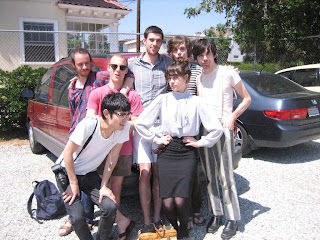 Officially the mighty foursome of the Parenthetical Girls and Kaz of PWRFL Power.

Here are some random shots : 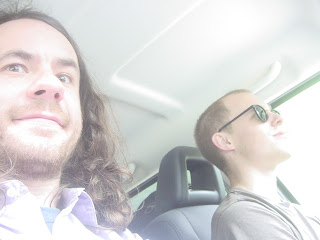 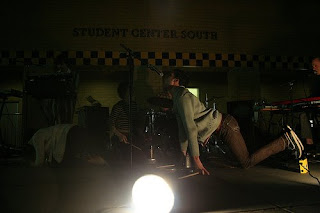 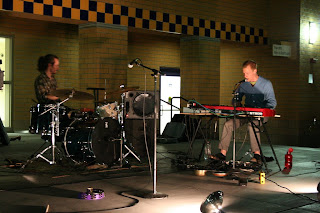 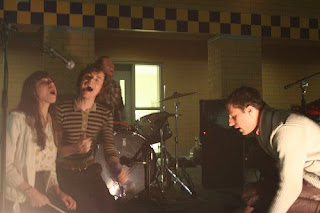 UC Irvine: with a little help from my friends 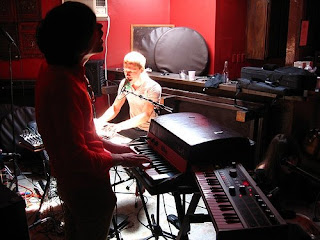 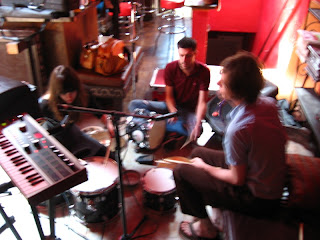 AU and the Parenthetical Girls on Dublab 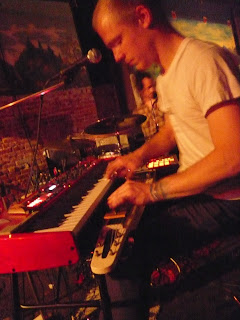 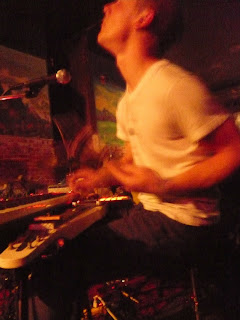 Action shots from the Smell 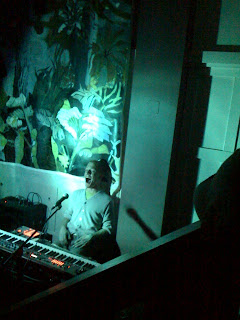 Last night and most certainly the most debaucherous: Cushionworks in SF (thanks to Nick)
-----
P.S. from Dana:
Here's some more pictures from that trip, though most are of Parenthetical Girls because I'm not in that band, and a few of Kaz.
Posted by AU at 10:52 PM 1 comment:

So in an attempt to make our face more present in the ever bursting world of the blog, AU has broken its seal on public effacement and journaling.
We will try our best to make all content as random and potentially self degrading as possible for anyone's passing enjoyment.

Sincerely,
AU
Posted by AU at 1:48 PM No comments: